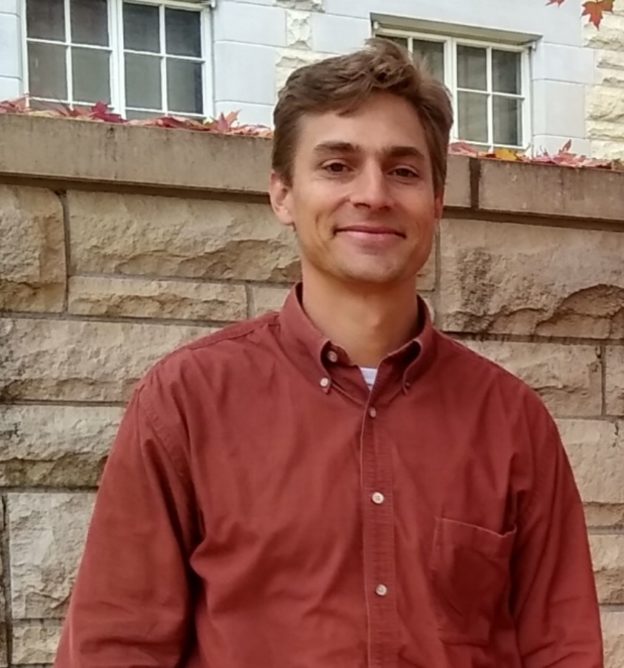 Nathan Koontz is from North Newton, Kansas.  After graduating Bethel College in 1999 with majors in Art and Psychology, he and his wife, Esther, served for three years with Mennonite Central Committee in Egypt.  Upon returning to the U.S., they settled in Kidron, Ohio where Nathan attended Ashland Theological Seminary in Ashland, OH.  From 2006-2011 Nathan served as Associate Pastor at Faith Mennonite Church in Newton.  Then he was Director of Prison Ministries at Offender/Victim Ministries until 2013, followed by a six-year term as Associate Pastor for Pastoral Care at First Mennonite Church in Hutchinson, KS.    He joined the pastoral staff at Bethel College Mennonite Church on Oct. 1, 2019 as Associate Pastor for Pastoral Care.  He and Esther have three children.  In his free time, he enjoys woodworking and poetry.